Every sport has great players who create records because of their exceptional performances. Cricket is one such sport where there have been numerous records. The number of ways a game can end is a big reason why there are so many records in Cricket. Indian players have been the top players most of the time and people are excitedly waiting for India upcoming matches. Today, I will be sharing with you some of their records.

Most Sixes hit to finish a Match

MS Dhoni is known as one of the best finishers in the history of Cricket. Dhoni has helped India win matches and he holds the record for completing the most number of games with six. Dhoni has done so on 9 occasions when he ended the match with a six and helped Team India win. His most memorable six to finish off the game was in the final of the Cricket 2011 World Cup when he hit Kulasekara for a six to win the world cup for India.

Most Hundreds in International Cricket History

During the third Test between India and Pakistan in 2006, Irfan Pathan scripted history. Pathan was given the ball to deliver the first over of the innings. On the fourth ball of the match, he got the wicket of Salman Butt. He was caught by Rahul Dravid. On the next delivery which was faced by the new batsman Younis Khan, he got his leg before the wicket. Mohammad Yousuf was the next batsman who was to face the hat trick ball. On the last ball of the first over Pathan bowled Yousuf with a swinging delivery. It was the first instance in Test Cricket when a bowler got the hat trick on the first over of a Test Match.

MS Dhoni is known as Captain Cool and has helped India win many crucial matches with his excellent captaincy. Be it the T20 World Cup final where he gave the final over to Joginder Sharma or the 2011 World Cup final when he came out to bat ahead of Yuvraj Singh. Dhoni has surprised everyone with his decisions. Dhoni holds the record for leading the Indian side in the most number of matches. Dhoni was made the Captain during the 2007 T20 World Cup. His first match as a captain was against Pakistan and India won that match. Since then Dhoni has led the Indian Side in a total of 331 matches and has been the most successful Captain India has ever seen.

Rahul Dravid is known as the wall of the Indian Cricket team. He has played many memorable innings and has helped the team win many matches. Dravid has played in more than 500 International matches and scored more than 24000 runs. In scoring all these runs Dravid faced a total of 31258 balls. This is the most number of balls faced by any Cricketer in the world.

Shikhar Dhawan is one the best opening batsman in Indian Cricket. In 2013 against Australia he scored the fastest century by a Cricketer on his Test match debut. He took 85 balls to reach the milestone. He went on to score 187 runs in the match and helped Team India win the match by 6 wickets.

Former Indian Captain Mohammad Azharuddin scored a century on his debut and made 110 against England in 1984. In his second test match against England, he scored another century and made 105 runs. He continued his glorious form in the third test he played. Azhar scored another century in his third test and made 122 in Kanpur thereby becoming the first batsman in the history of the game to score three hundred in the first three test matches.

Most Catches in Tests

Fielding is an aspect of Cricket that cannot be overlooked. A good fielding unit helps any team win crucial matches. Catches are one of the easiest ways to dismiss a player. Indian team has produced many great fielders. Rahul Dravid played a total of 164 test matches and took 210 catches. This is the highest number of catches taken by any player in a Test match Cricket.

Former India Captain Kapil Dev is one the most successful all-rounder in the Cricket World. He was also a great athlete. Kapil Dev was never dismissed as Run Out in his long career. He is the only player in the history of Cricket who holds this record.

Cricket is popular in India and has been for centuries. The sport has a long history and is one of the oldest sports in the world. Cricket is not just a sport in India, it is a way of life. Cricket is a team sport and it is played on a rectangular field with a long, thin pitch. Cricket is often called “The Gentleman’s Game” because it is played with dignity and sportsmanship. Cricket is played in India in several different formats, the most popular being the test format and the limited-over format. There are many records in cricket and they are broken every day. Let’s hope our Indian Team creates many more new records for us to cherish.

Know all about cricket news and updates at CBTF news.

Get the fastest cricket news update at https://cbtfspeednews.com/.

Know all about cricket betting and updates at CBTF betting.

Get the updated expert betting tips at https://cricketbettingtipsfree.com/

Checkout our videos to get the latest updates about cricket and betting tips, and casino

tips to win big with expert opinions at https://www.cbtfmytube.com/.

After you put money into your betting account, you will be able to start betting ...
By Anson Lee
December 30, 2022 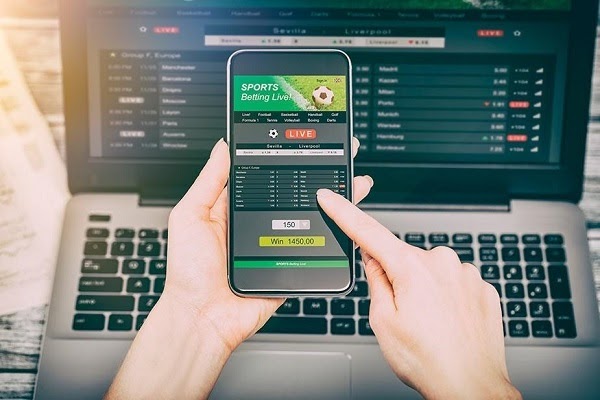